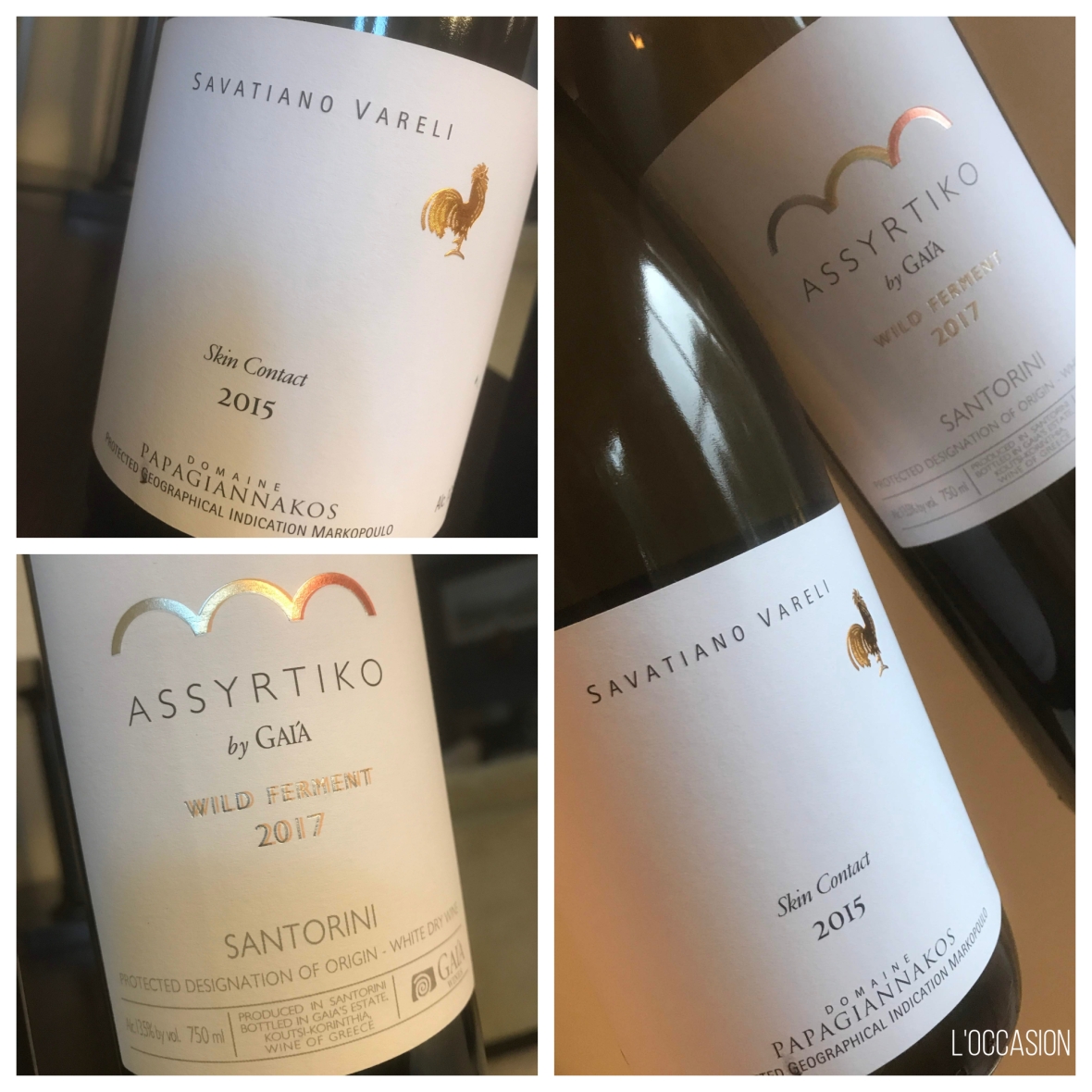 It is a coincidence that I published a story on European island wines this week and here I am, writing about Greek wines today. A coincidence, sure, but a fortunate one. Nearly all of the regions I featured had an ancient connection to Greek wines.

Santorini, obviously. But also Hvar and Lanzarote. Corsica and Sicily, them too. Much olden-day influence wrapped in mystery. So much has happened since the Greeks ruled the seas, so much has changed in culture and method — even Greece itself has transformed greatly. As recently as the phylloxera (a Greek word, by the way) outbreak in the late 19th century, Greece had to decide an identity, how to move forward. Like so many regions, they replanted with what would not only survive but also sell and worked toward the future. Some old ways were retained, some new cards were dealt.

There are so many fascinating surprises in the world of Greek wine. Let’s examine a few to understand this beautiful product.

Assyrtiko from Santorini can be a white wine that ‘behaves’ like a red wine when aged:

Assyrtiko, man. This stuff is a story. It grows in “low-to-the-ground basket shapes called koulara, a method designed to shelter the fruit from strong island wind and sun,” from my recent story here. You’ve got the strong wind, harsh sun, little rain… assyrtiko survives due to a smidge of hydration from sea fog. These vines are decades old, 80+, 100+ years and they are knarled grandparents, telling tales about the old world. Drink it now and you’ll pick up some of that coastal minerality — pop it in the cellar for a few years and let the honey and fruit emerge stronger.

This practice lives in the world of natural winemaking. If you know a lot about wine, then you can skip this paragraph with a good-to-know nod of appreciation. But if you’ve always wondered about how grapes turn into wine, you should know: it’s all about the yeast. (Someone should write a song about it.) Through the fermentation, process yeast converts the grape’s sugars into alcohol. This happens naturally all the time — even fruit decaying on the jungle floor can ferment — because yeasts are all around us. They are out in the vineyard and they come on the grape skins. Left alone, grapes will ferment spontaneously, eventually turning into wine. This is called wild fermentation, or natural fermentation. Supporters of the philosophy love that it is a true expression of terroir, the elements native to the vineyard. Why isn’t it done all the time? Inoculated yeasts may give the winemaker more control, encouraging a stable wine. I’ll come back to wild fermentation in my pairing suggestions.

Wine is listed as one of the “five primary elements of the Greek diet, together with water, salt, oil and cereals,” according to Wines of Athens:

Let’s add to that range. Here are some Greek wine and food pairings with a bit more flavor.

Avgolemono Custards with Crispy Chicken Skin: This dish is based on a Greek classic that can be found in every Chicago diner — avgolemono — egg and lemon soup. Pair with Vatistas NV Kidonitsa White. “Kidonitsa is the most acknowledged member of an almost extinct and out-of-the-ordinary group of grape varieties emerging in the last decade out of the region of Laconia, located in the south-east of the Peloponnese,” according to New Wines of Greece.

Grilled Watermelon with Yogurt: How good does this sound? This recipe lets us use a store-bought yogurt or (eek!) make our own. Pair with Estate Biblia Chora 2009 Areti Assyrtico from the Pangeon area. According to New Wines of Greece, “As archeological finds in the area reveal, winegrowing in the area dates back to antiquity and was directly linked to the ancient cult of Dionysus.”

Greek Salad Sandwiches: These have everything I want, a garlic-packed tzatziki, olives, cucumbers, pepperoncini, tomatoes…all on warm bread. Pair with Gaia Wines 2017 Wild Ferment Assyrtiko from Santorini, a wine with sea and stone minerality. This is an example of the wild ferment style introduced above.

Vineyards and wineries are within walking distance of Athens, Greece’s capital:

Wines of Athens writes, “Finds from ancient sites are consistent with the oral and written tradition which was passed down from generation to generation.” In and around the city are of dozens of substantial, bucket-list sights. Who doesn’t need a glass of wine to keep refreshed?

There are more than 300 indigenous grape varieties in Greece:

Savatiano is one of the most widely planted but it can shapeshift. Classically used in retsina, a pine sap-resinated wine of a particular type, it is also made into beautiful dry white wines. A wine to try is Papagiannakos 2013 Vareli Skin Contact Savatiano from a low-yield Markopoulo vineyard. This wine is barrel fermented and aged sur lie — an elegant wine.

Or how about asproudes, a grape described as being on the “twilight zone” of Greek viticulture? So unknown that researchers aren’t sure if this is a single variety or a group of varieties.

Plyto from Crete was nearly extinct, brought back to life by wine growers that looked for “stragglers”, the few vines in existence. This act of looking and identifying was followed by a replanting effort.

This month our Wine Pairing Weekend writers’ group focuses on wine and food from Greece. Join us for our Twitter chat at 10am on Saturday, September 8th. Find us with the hashtag #WinePW. Here are the stories to accompany the chat:

Lori of Dracaena Wines writes about The Case of the Confused Country.

Lauren of The Swirling Dervish features A Taste of the Peloponnese: Fresh Swordfish and Mercouri Foloi

Wendy of A Day in the Life on the Farm discovers that Lahano me Kreas Does Double Duty.

Cindy of Grape Experiences takes on Dinner Tonight: Wine from Crete with Shrimp, Feta, and Tomatoes

21 thoughts on “5 Surprises About Greek Wine”