A view of the vineyards in Razac-de-Saussignac in the Bergerac wine district. Credit: Jill Barth

It was the roses – and the view – that made us pull the car over.

Though everyone wanted to make good time, we were compelled to stop, even as other cars whizzed past while we weaseled into a spot across the street from the local cave. Cameras are made with the panorama setting for this purpose: stopping the car in Southwest France’s Périgord.

We’d entered the village of Duras, naively thinking we’d quite literally stop and smell the roses, pop a few images and get back on the road to our hotel. We’d woken in Ventenac-en-Minervois and we would hit midnight in the city of Bordeaux. In between: Périgord. This is actually an apt realization of what this part of the country means to Americans – not the Languedoc and not Bordeaux. Yes, it is physically in-between these better-known wine regions, but it is a place totally fresh and satisfying.

The attention-getting roses in the village of Duras, a long-range view of the country below. Credit: Jill Barth

We’d meant to be there, had booked a hotel in the area with the purpose of checking it out, but the fascination was surprising. There is a so-sweet-something about this spot of France, but still, we know of no other American friends that have visited. We rarely see the wines from the region on wine lists or local shop shelves. Travel books and shows are missing something too. It makes me wonder – did WE discover this place?

It would be enchanting if we did, but alas, it’s just not true. It turns out, the Romans planted vineyards so I guess they saw it first (happens every time – I think I can call a place mine, but it turns out the Romans created the darn place. It’s my luck, I have ancient tastes). There are seven local appellations in the Bergerac and Duras district: Monbazillac, Bergerac, Rosette, Pécharmant, Montravel, Saussignac, Duras. These surround the villages of Bergerac and Duras, nested in the heart of the Périgord (also termed the Dordogne) which is in the region of Aquitaine. This is all wrapped up, wine-wise, in an area somewhat blandly known as Sud-Ouest (southwest).

The area is naturally redolent, full of fresh green fields and forests. Flowers grow wild and cultivated and the buildings and homes bear a worn elegance. I recall hearing a phrase once – “the impoverished intellectual elite” – and this sense of unpolished but enviable heritage permeates this area. Impoverished isn’t right, but here there is no need for dressing up – simplicity breathes – but around every corner, there is tidy order and then a fantastic old fortified building. All the while sending a message: we’ve been here all along. You, thirsty traveler, are late to the party.

They make red and white wines here in vineyards that see a full year’s seasons in the temperate Dordogne river region. The area bears a diverse display of vegetation but wine grape growing is the dominant agricultural output. Common varietals include Merlot, Cabernet Franc, Cabernet Sauvignon, Malbec for the reds and Sémillon, Muscadelle, Sauvignon Blanc for the whites. A small amount of rosé is made here, commonly from saignée, based on Cabernet Sauvignon. Also from the region are Montbazillac noble-rotted sweet white wines, with their typicity of honey. 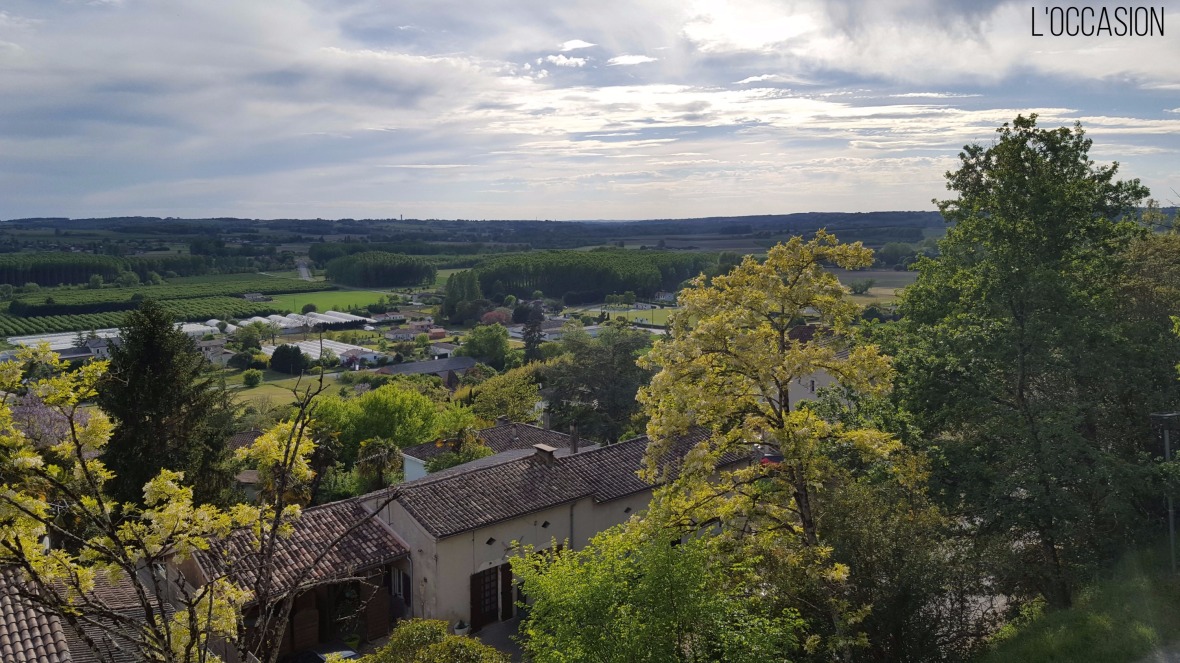 What beautiful country, the French Périgord. Looking out from Duras. Credit: Jill Barth

Each year le Château de Duras hosts a wine festival featuring the local winemakers. A charming town splays outward from the castle grounds, friends and families walked the streets and gathered at bistro tables. An elderly couple argued with their hands while an impatient dog waited in their car. We’d happened onto a slice of life, a Saturday afternoon. We hung back and felt the sun, listening and taking it in. No one noticed us, everyone was fully satisfied. 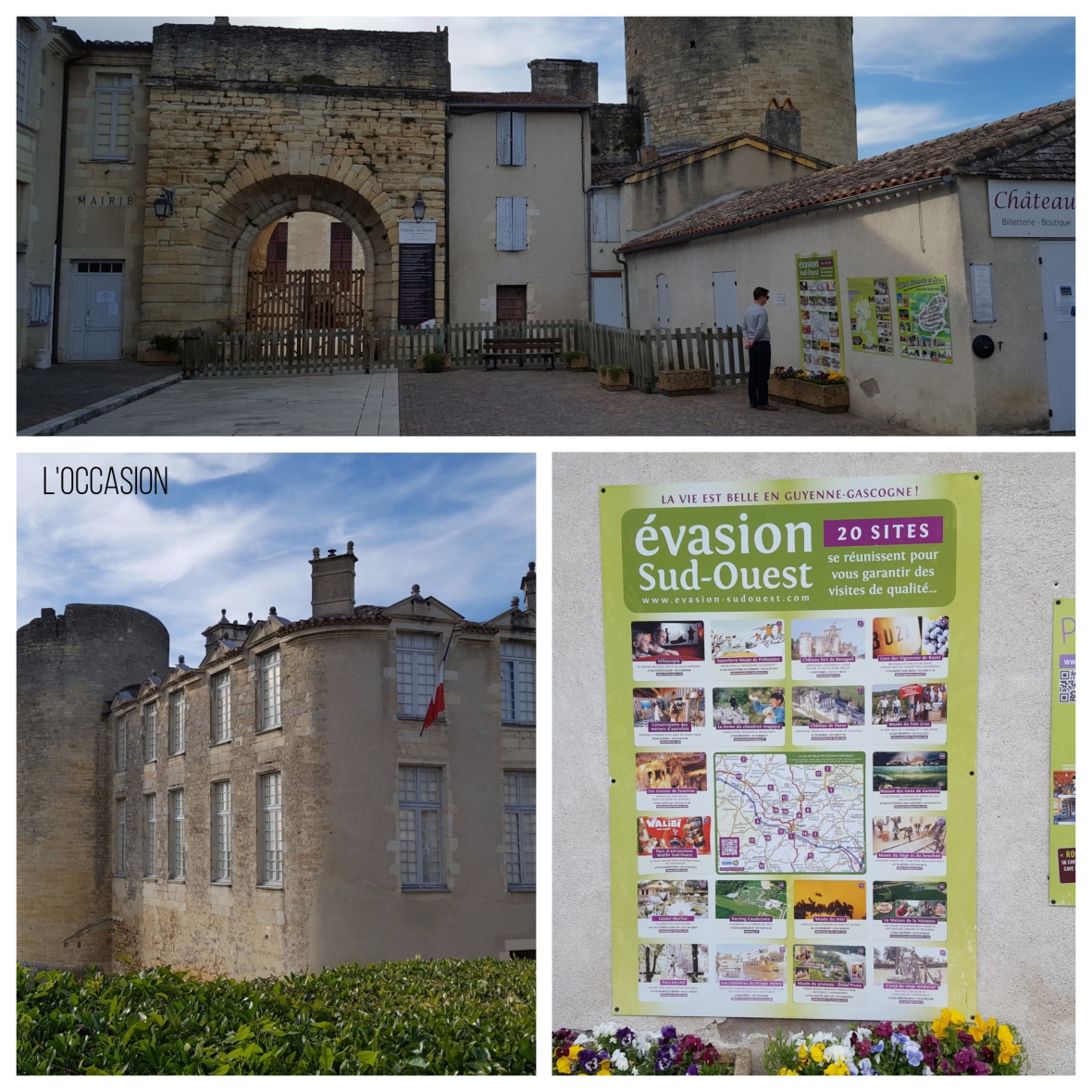 A scope of the Château de Duras, highlights of the Sud-Ouest region. Credit: Jill Barth

So what are Bergerac and Duras wines like? Many people have never tasted them, tending eastward into well-known Bordeaux territory. It’s been eye-opening to find that even wine pros don’t know about the place and wine shops and retailers – well, their stock is lacking.

Examples, in red and white:

This wine is made of 60% Merlot, 27% Malbec and 13% Cabernet Sauvignon. Vines range from 10-25 years old and grow on limestone and clay soil. Aged 12 months, half in French oak and half in tank. This is an AOP Bergerac wine, one that I discovered on the wine list at the brassiere in our hotel. According to the château, this vintage was optimal – great conditions. This wine is also from their selection of everyday drinking wine; at around $15 this was a great starting point.

From the château,”The nose is complex, rich and is punctuated by black cherries, ripe plums with warm notes of vanilla, mocha, and cinnamon. The palate is velvety and creamy, well balanced by a delicious acidity and the finish continues for over 30 seconds. This wine is especially good with meats, cheeses or Mediterranean dishes.”

“The principal parts of the château are built on the ruins of a Benedictine Priory dating back to the 12th century (1109). The oldest surviving parts of the existing property were built in the 16th century, and the property has been recently restored to the finest standards whilst maintaining the traditional French style.” ~Château Thénac 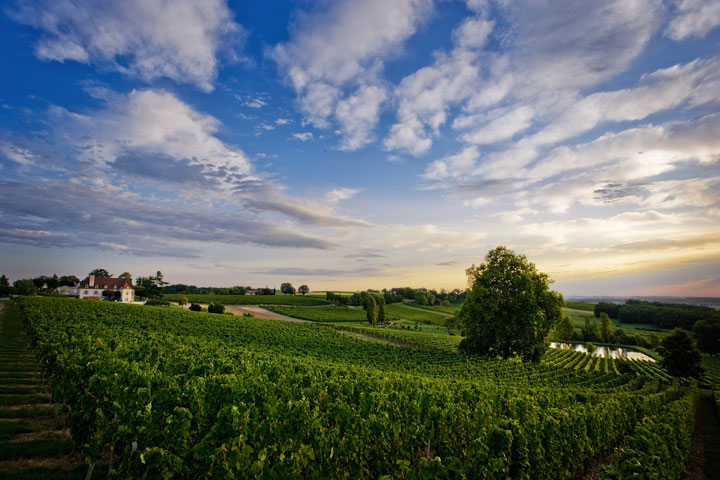 There’s something cool going on at Château Feely. An all organic producer, they offer Générositié with an EcoCert label, 100% organic and biodynamic, hand harvested and made with indigenous yeast. I discovered this producer on la carte des vins at the Michelin-starred Étoilé (chef Didier Casaguana) located in Château des Vigiers, where we holed up in luxury while in the area. Very reasonably priced at under €20, this beautiful white wine is 90% Sémillon, 10% Sauvignon. Unfiltered and vegan, this wine comes as close to the vineyard as possible. It can be aged for 10 years and offers aromas of peach and vanilla. The château calls it “mouth fresh”. Château Freely also offers ecological accommodations, classes, travel tours and a vineyard share program.

“We observe our vines, soils, and constellations so that we understand how and why to apply biodynamic practices rather than just follow a recipe or a certification checklist.” ~ Sean and Caro Freely

We stated near Monestier, at the stately but soothing Château des Vigiers, a country club golf course featuring rooms in the main château as well as apartment-style suites (which we booked) with golf course views. This place is surrounded by nature and small villages – don’t expect hubbub of any sort. In fact, when we came home late from a night out in Bordeaux (cleanly more than an hour and a half away, with speed cameras dotting the roadways) our headlights flashed on a badger and at least two foxes, bustling through their night’s work in the hedges.

For local food, this is the right place (home to Foie gras and truffles). Michelin-starred Étoilé highlights exquisite cuisine and the brasserie is a fun and cozy spot. A modern comparison: the setting for Beauty and the Beast … be-our-guest fancy snug with the village tones of brown and stone. Beauty prevails.

Périgueux is the prefecture of the district and a great place to get to know the area – within driving distance to vineyards including Bergerac and Duras. The secrets of Périgeux, according to the tourism board: “In the heart of the Dordogne, from north to south, from east to west of Périgueux, the visitor discovers the secret garden of Périgord. Majestic castle track of medieval or Renaissance history, cathedral, abbeys and priories witnesses of a strong spiritual life are next to land and fields where are born noble products such as strawberry, truffle, and cep. And in midwater, the sturgeon makes its precious eggs.”

Approximately an hour and a half drive west of Bordeaux city and about five hours drive from Paris, this is a possibility for any visitor to France. 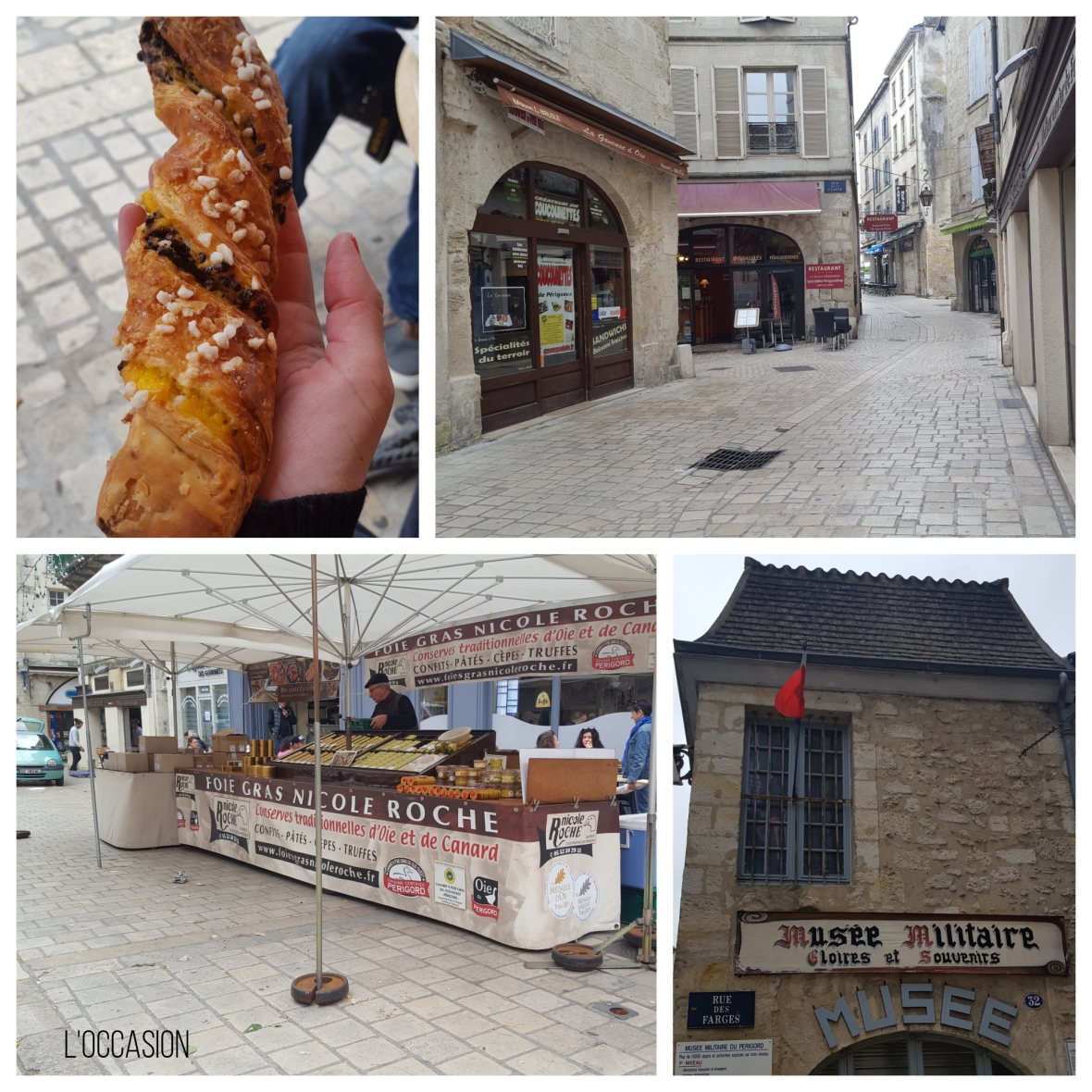 The French  #Winophiles are a group of wine writers and bloggers who love French wine, food, and travel. Every month, we all explore some pre-arranged aspect of French wine. We all post and chat about our experiences on the third Saturday of the month. This month’s topic: Southwest (Sud-Ouest) France. There’s still time to join if you’d like (here’s a link to details), and you’re welcome to join our chat.  Simply check Twitter at the hashtag: #winophiles Saturday, July 15th, 10-11:00AM CDT.  If you happen to be in Southwest France (lucky you!), that would be 17:00-18:00 hours.

To whet your appetite for wines of Southwest France, here’s a compilation of posts currently planned for July 15. Don’t forget to join our chat!